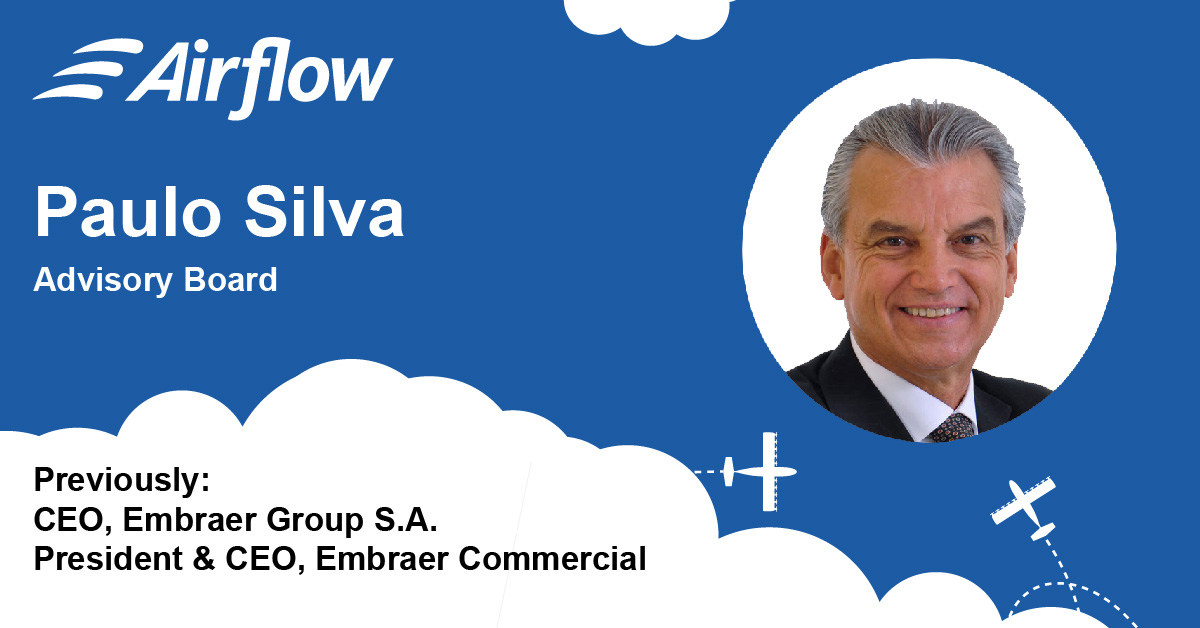 Silva spent over two decades at Embraer S.A. in different roles, culminating as Embraer Group CEO, overseeing all major business units. He was instrumental in leading Embraer to its market-leading position today, including working to launch EmbraerX to develop new disruptive business models for the Advanced Air Mobility (AAM) market. In his advisory role, Silva will advise Airflow on bringing new aircraft to market, including financing, manufacturing, and go-to-market strategy.

“The future of aviation not only demands net-zero carbon emissions, but also the ability to bring to market a much lower operating cost aircraft while meeting the needs of both passengers and operators,” said Paulo Silva. “The Airflow team has the right experience to effectively seize the opportunity of eSTOLs thereby changing the face of sub-regional transportation. I’m excited to work alongside Marc and the team and inform, through my own experience, a focus on customer needs and a compelling value proposition.”

Airflow eSTOL aircraft, capable of utilizing both existing aviation infrastructure as well as emerging off-airport infrastructure, are the option of choice for airlines seeking to deploy near-term, carbon-neutral aircraft for sub-regional missions. These missions are complementary to eVTOL missions envisioned within urban areas, as eSTOL aircraft can scale within existing regulatory frameworks and serve longer-range missions.

“The interest that we’re seeing from airlines worldwide for realistic eSTOL capabilities is incredible. This means we’re able to offer cargo and passengers operators value from day one by using today’s infrastructure, regulations, and use cases. In fact, customers will be able to expand their existing networks using our next-gen aircraft,” said Marc Ausman, Co-founder and CEO, Airflow. “With Paulo advising Airflow he will aid us in continuing to focus on our North Star which is a commitment to solving real-world customer needs.”